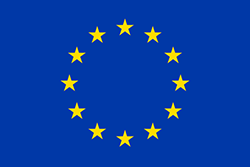 This programme is funded by the European Union

The Zoology collections in the Natural History Museum of Zimbabwe contain valuable historic records of biodiversity, from locations that are not only from Zimbabwe but also from Southern and Central Africa.

These records have however been inaccessible to many as most were still in analogue format. Over the year the department have been working tirelessly to digitise their collections and make them easily accessible. Availability of this data online will also make it easier for individuals, who may not have direct access to the collection to have access.

Mammalogy and Entomology department received small and regional grants respectively in June 2016, and Arachnology, Mammalogy and a multidisciplinary Eastern Highlands project in 2017, from the Biodiversity Information for Development (BID) funded by the Global Biodiversity Information Facility (GBIF) and the European Union (EU), to digitise their collections and to make the biodiversity data housed in the departments openly and easily accessible for conservation and management strategies.

In 2021 further funding from the European Union through from the Biodiversity Information for Development (BID) was received for the project “Biodiversity data in support of climate action, life on earth and sustainable food and feed: Reptiles and arachnids found in Protected Areas and edible insect fauna in Zimbabwe” (https://www.gbif.org/project/BID-AF2020-026-INS/biodiversity-data-in-support-of-climate-action-life-on-earth-and-sustainable-food-and-feed-reptiles-and-arachnids-found-in-protected-areas-and-edible-insect-fauna-in-zimbabwe).

Our Entomology Curator (Kudzai Mafuwe) has joined forces with colleagues from 5 other African countries in regional project that seeks to improve the accessibility of insect biodiversity information for policy decision making in Africa by end of 2018.

The objective of the project is to:

A digitization workshop attended by representatives of nearly all the regional consortium partners was organized in Nairobi, Kenya.

During this workshop, efficient digitization protocols were tailored for each consortium partners based on their Museum specific needs and background, a list of species to be prioritized for digitization was identified, and software tools to be used for the implementation of the project was standardized.

A checklist of beetles (Insecta: Coleoptera) from the Matobo World Heritage Site, deposited in the Natural History Museum of Zimbabwe has been published by the Entomology Department on the GBIF database and is freely and openly available for use in policy and conservation purposes.

The project coordinated by Tsitsi Maponga, aimed at making the mammalogy collection at the Natural History Museum of Zimbabwe accessible through GBIF by end of 2017.

A checklist dataset containing 122 species and 23 families of mammals stored in the Mammalogy collection was generated and published on to the GBIF database. The species in the checklist range from small-medium sized carnivores, rodents, primates, and bats. Most of them were collected from Southern Africa, i.e. Zimbabwe, Botswana, Zambia, Malawi, Mozambique, South Africa and Namibia.

A workshop was conducted between 18 and 19 October 2016 on Introduction to Biodiversity Informatics to train the Museum staff on Data digitizing, Data cleaning and Geo-referencing techniques.

The workshop was very informative and well received. All the trained personnel commented that the workshop equipped them with advanced techniques to help them to effectively digitize their collections.

On the 9th of June 2017 a workshop was conducted on how to publish data and to show the results and findings of the two projects.

The two project coordinators presented their findings to a group of curators and curatorial assistants. Both checklists are openly and freely available for download from the GBIF database.

About The Curators And Project Coordinators

Ms Tsitsi S. Theone Maponga is the present Curator of mammals, and her work includes conserving and computerising the collection.

She was recently awarded funding for computerising the Mammalogy collection by GBIF and BID and the project was funded by the European Union. She has done some work on:

Ms Kudzai Mafuwe is a curator in the Entomology Department.

She was recently awarded funding for digitizing the Entomology collection by GBIF and BID and the project was funded by the European Union.

Kudzai is the country coordinator for Zimbabwe Tropical Biology Association (TBA) Alumni and the team have worked on a project to Assess of the Status, Distribution and Threats to Odonata Species in Matobo Hills, Zimbabwe.

Ms Mafuwe is also a grantee for The CEPF (The critical Ecosystems Partnership Fund) by BirdLife International for a project titled “Freshwater Odonata Diversity In The Eastern Highlands Of Zimbabwe.”

Number of items in basket: 0

It would mean so much to us if you were to leave us a Google Review. By doing so, you would be telling others how much you like our Museum.

David Reason
This is a fabulous treasure for Zimbabwe with around 7 separate galleries of very well presented exhibits such as geology, entomology, herpetology, African mammals, colonial history, local African tribes, astronomy, humankind and mycology (fungi). It also houses hundreds of thousands of specimens in around 10 Collections, including arachnids, Lepidoptera (butterflies and moths), birds, snakes, plants and fungi - these Collections can be seen but by appointment only. The museum staff are pleasant and knowledgeable. There is an onsite café to pick up a snack or two and a public library of really interesting natural history books. There is also good info on the two World Heritage sites managed by the museum, these being the Matobo World View site and the Khami Ruins which are also magical places to go and visit!
Read more

Please subscribe and be kept up to date as to what is happening at the museum. We have events that cover the following: